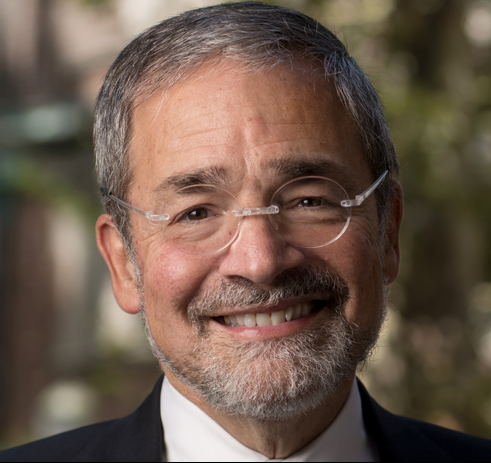 Alongside serving as the Inaugural Chancellor at RBHS, Dr. Strom is heavily involved in pharmacoepidemiological research. He is considered one of the founders of this field, which studies the effects of drugs on populations. Uniquely, Dr. Strom was one of the first to integrate large automated databases in epidemiological research. One example of how Dr. Strom has impacted medicine and epidemiology is through his research he was able to reverse 50 years’ worth of medical policy on the use of antibiotics to prevent infective endocarditis.

Beyond being a researcher, writer, consultant, and chancellor, Dr. Strom is also a teacher. He taught at the Perelman School of Medicine at the University of Pennsylvania, where he served as the Executive Vice Dean for Institutional Affairs, Founding Chair of the Department of Biostatistics and Epidemiology, Founding Director of the Center for Clinical Epidemiology and Biostatistics, and Founding Director of the Graduate Program in Epidemiology and Biostatistics. While at the University of Pennsylvania, he also was responsible for the creation and development of the Masters of Science in Clinical Epidemiology, which has trained more than 600 clinical epidemiologists, including large number of leaders in the field, some now serving for example as division chiefs or department chairs. Dr. Strom was PI or Co-PI of 11 different NIH-funded training grants (T32, D43, K12, and K30), each of which supported clinical epidemiology trainees in different specialties and subspecialties, and was the primary mentor for more than 40 clinical research trainees and numerous junior faculty members.

Dr. Strom is also a prominent member at the following committees and organizations. Included are the Board of Regents of the American College of Physicians, the Board of Directors of the American Society for Clinical Pharmacology and Therapeutics, and the Board of Directors for the American College of Epidemiology, the Board of Directors for the Association for Patient-Oriented Research, and the Board of Directors for the Clinical Research Forum. He was previously President of the International Society for Pharmacoepidemiology and the Association for Clinical Research Training. He served on the Drug Utilization Review Committee and the Gerontology Committee of the United States Pharmacopoeia, served on the founding Drug Safety and Risk Management Advisory Committee for the US Food and Drug Administration. He chaired multiple Institute of Medicine (IOM) (now National Academy of Medicine) committees, including the Committee to Assess the Safety and Efficacy of the Anthrax Vaccine, Committee on Smallpox Vaccine Program Implementation, Committee to Review NIOSH’s Traumatic Injury Program, the Committee on the Consequences of Reducing Sodium in the Population, Committee on a National Strategy for the Elimination of Hepatitis B and C, and the Committee on Development of a Protocol to Evaluate the Concomitant Prescribing of Opioid and Benzodiazepine Medications and Veterans Deaths and Suicides. He was a member of the IOM Committee to Review the CDC Anthrax Vaccine Safety and Efficacy Research Program the IOM Committee on Standards for Developing Trustworthy Clinical Practice Guidelines, and the IOM Drug Forum.

His list of awards are just as many. Dr. Strom is a member of the American Epidemiology Society, and is one of a handful of clinical epidemiologists ever elected to the American Society of Clinical Investigation and American Association of Physicians. He has also been an elected member of the IOM of the National Academy of Sciences since 2001.  He received the 2003 Rawls-Palmer Progress in Medicine Award from the American Society for Clinical Pharmacology & Therapeutics, the Naomi M. Kanof Clinical Investigator Award of the Society for Investigative Dermatology, the George S. Pepper Professorship of Public Health and Preventive Medicine, and in 2006 he received the Sustained Scientific Excellence Award from the International Society for Pharmacoepidemiology. In addition, Dr. Strom was named the 2008 recipient of the John Phillips Memorial Award for Outstanding Work in Clinical Medicine. This award is from the American College of Physicians (ACP) and is considered to be one of the highest awards in Internal Medicine. In 2013 he was awarded Medical Research National Award for Career Achievement and Contribution to Clinical and Translational Science for translation from clinical use into public benefit and policy and the Association for Clinical and Translational Science/American Federation for. University of Pennsylvania awarded Dr. Strom Class of 1992 Class Teaching Award and the Samuel Martin Health Evaluation Sciences Research Award. Dr. Strom received the 2004 Christian R. and Mary F. Lindback Award, and the University’s most prestigious teaching award, in recognition of the contribution he has made in his career to clinical research teaching. The 2016 Oscar B. Hunter Career Award in Therapeutics was awarded to Dr. Strom for his outstanding contributions to clinical pharmacology and therapeutics. In 2017, Dr. Strom was named Honorary President of The Hellenic Society of Pharmacoepidemiology and in 2018 he was awarded an honorary doctorate from the University of Thrace in Greece.